Solution for Infected Town Walkthrough ! you need to escape from the zombie in infected town by doing these task list : find the radio, repair the vehicle, find the map and escape ! 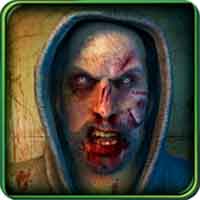 play this game as a survivor of the Zombie Outbreak to explore the Infected Town and escape !

here’s the news :
New Word from the nations top scientists on zombie virus that appeared just two weeks ago. It released information saying that the symptoms to watch for are : aggression, foaming from the mouth, deterioration of motor skills, and an unbelievable hunger. Be advised that if an infected becomes hostile the only way to harm them is to shoot them in the head.

Safe houses have been setup throughout all major cities, everyone should make there way to these zones as soon as possible. Tune in to your local emergency channels for coordinates.

Stay safe, stay armed, and god help us all.

Infected Town Cheats :
pick these items in front of weapons store :
wrench under the card
find a card under the menu board
coin from the dead body
use the coin on parking meter to get code 2856

open electric panel and tap on the switch like the green light pattern
kill the zombies on left and get the paper clue : 4351
use the scissors to cut a hose from yellow motor
go to right ambulance and open the back using the code number
get fire extinguisher

go inside police station and put out the fire using fire extinguisher
look at the blood on right wall there’s a number : 4781
move inside to the 1st cell and get car’s key from dead policeman

move to weapons store and get a magnum 44